Animation business is growing globally. This is due to the fact that, even though animation is mostly used for entertainment purposes, animation is finding uses in other fields like commercials, education and illustration.

Being a form of art, Animation is a type of optical illusion which involves the appearance of motion caused by displaying still images one after another. Note the difference between animation and video. Whereas video takes continuous motion and breaks it up into discrete frames, animation starts with independent pictures and puts them together to form the illusion of continuous motion.

Today, the business of animation is not experiencing much competition due to the fact that animation is both time-consuming and costly to produce. For this reason, most of the animation made for television and film is produced by professorial studios. However, that is bound to change in future as cheaper and faster animation programs come up, which will see more animators venture into this industry.

There are four major types of animation:-

Other than animation itself, you can also venture animation related businesses ideas like

Just like any other page on this website, I will continue to add more and more ideas, so keep revisiting for more viable and new ideas or subscribe to my blog for updates on what has been added. 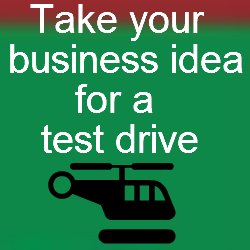